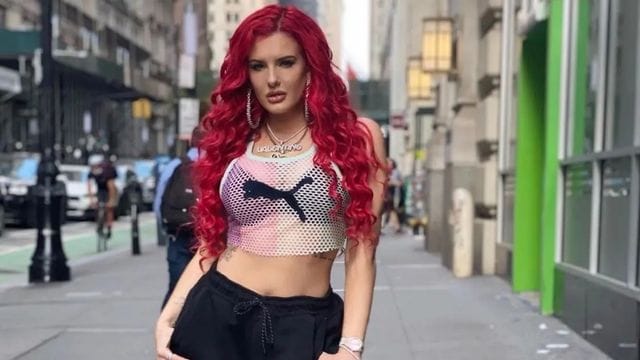 Many people are aware of Justina Valentine, a rapper and TV personality, thanks to VH1’s Wild ‘N Out. However, the 34-year-old made her debut in the business with her 2012 mixtape “Route80,” which earned popularity on YouTube. Justina has continued to release projects, cementing her reputation as an underappreciated female rapper in the industry.

Justina has won over admirers on Wild ‘N Out with her killer bars and femcee skills. Justina’s flirting with other guests and Wild ‘N Out females have also gone viral. Viewers have always suspected Justina of combining business and pleasure. So, who is Justina Valentine currently dating? Continue reading to find out the answer. Let’s start the article with the introduction of Justina Valentine exactly who is she?

Who is Justina Valentine?

Justina Valentine is a wonderful model, as well as a beautiful rapper, singer, and composer. She also serves as the host of the show Wild N Out. The show grows in popularity, and this lady has more followers. She has about 4 million Instagram followers and can rap anywhere she wants.

As a result, she might be dubbed the rap queen, and when compared to the famous rapper Eminem, she stated that she considers herself fortunate to be compared to the incredible rapper.

Now, let’s have a look at her personal information. She was born on the 14th of February 1987, in Passaic, New Jersey. She is a talented lady with a sizzling personality and an incredible fashion sense.

As a result, every boy who follows her wishes to be her mate, but does she already have one? If so, who is Justina Valentine’s lovely boyfriend? Let’s go check it out.

Who is Justina Valentine Dating?

Justina Valentine is currently single, and because she is very private about her personal life, she has not confirmed anything about her love relationship. But does she truly have no boyfriend? There are certain rumors circulating about her social media comment box. Her admirers have asked her to discuss her relationship with Hitman Holla and Conceited. 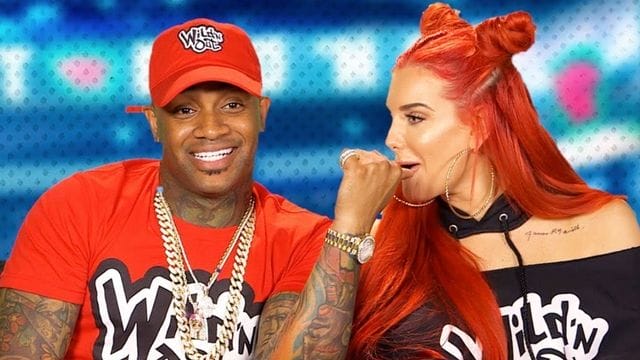 Both are rappers and cast members of Justina Valentine’s Wild N Out. However, Hitman Holla is already involved with Cinnamon. She is a successful businesswoman as well as a social media celebrity. She is in charge of her own online store and retail shop, and she is doing an excellent job.

Must Read: Who is Basketball Player Sabrina Ionescu Boyfriend? What Are the Dating Rumours?

Hitman and Cinnamon Holla’s connection is not private, and everyone is aware of it. Returning to Justina Valentine’s Boyfriend, people believe that Justina and Hitman are secretly dating. However, given that Hitman is already in a relationship, this chance with Justina appears to be remote.

Now, fans claim that Conceited and Justina must be lovers because they saw images of her with him on her Instagram, but the photos also included cast members, so declaring Justina and Conceited as lovers isn’t fair. They’re all pals, or they’re just publicizing their lovely moments on social media.

Justina and Sommer had a lot of fun kissing each other on the show Wild N Out in 2019. They lip-locked in front of thousands of people, and it was at that time that both ladies became headlines. Sommer was the show’s featured guest, and the game they were playing that day was to flirt with her. 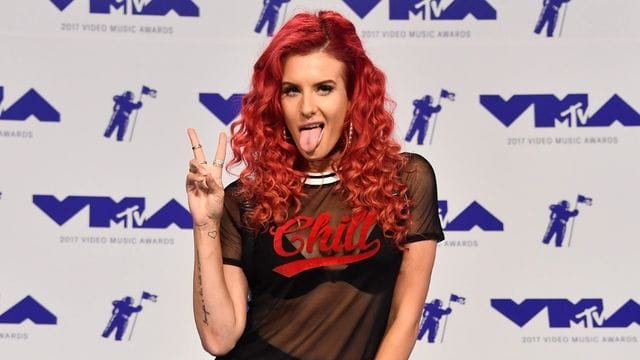 So the cast of the show was divided into two teams, and they had to come up with incredible pick-up lines in order for Sommer to fall for them.

Justina was the first to go, and she absolutely killed it. “We love hockey, ice hockey, roller hockey……Tonsil Hockey,” she said, and they began kissing. The entire audience gasped, and the participants dashed toward the ladies.

Must Read: Who is the Voice Star Bryce Leatherwood Girlfriend? When Did Lexie and Bryce Meet?

After this scenario, both became celebrities, and the moment went viral on the internet. However, there is no indication that Justina and Sommer are dating following this moment.

Vаlentinе was up in a musical family and loved to dance and perform as a child. Vаlеntnе had always had a thing for hip-hop. In 2006, she began recording her own music. Vаlеntinе remarked that she was comfortable in the spotlight and that she had always enjoyed putting on a show and making people laugh and happy.

Soon after, she began competing in school competitions and local town performances. She also took dance lessons to improve her abilities.

Vаlеntinе grew up in a muscаn family. The father serves as a vocalist in a band and also performs a number of musical pieces. When it comes to Vаlеntinе’s love life, she appears to be single at the moment. Vаlеntinе appears to be focusing solely on her major саrееr.

Must Read: Who is Julius Randle Wife? Is She a Fashion Designer or Entrepreneur?

The bеаutу оf Amеriса lоvе tо bе оn thе lаugh, lоvе tо сrасk jоkе аnd mаkе реорlе lаugh. She also adores her followers and enjoys communicating with them on social media. Vаlеntinе can be found on Facebook, Twitter, and Instagram. She is also active on platforms like YouTube, where she often releases her covers.

Justina Valentine is an amazing model as well as a talented rapper, singer, and composer. The 34-year-old made her music debut in 2012 with the mixtape “Route80,” which became popular on YouTube. She has over 3 million Instagram followers and is capable of rapping anywhere she desires.

Because Justina and Conceited are pals, declaring them lovers isn’t appropriate. She was included in a viral video with Sommer Schmitz that went popular on the internet.

There is no evidence that Justina and Sommer are dating at the moment. Valentine appears to be entirely focused on her big job.

Visit this page on a frequent basis to obtain the newest news and updates, and don’t forget to bookmark it. Stay tuned for the next update.