The Summer I Turned Pretty Season 2: What Will Happen in This Season?

Here is everything you need to know about The Summer I Turned Pretty Season 2. 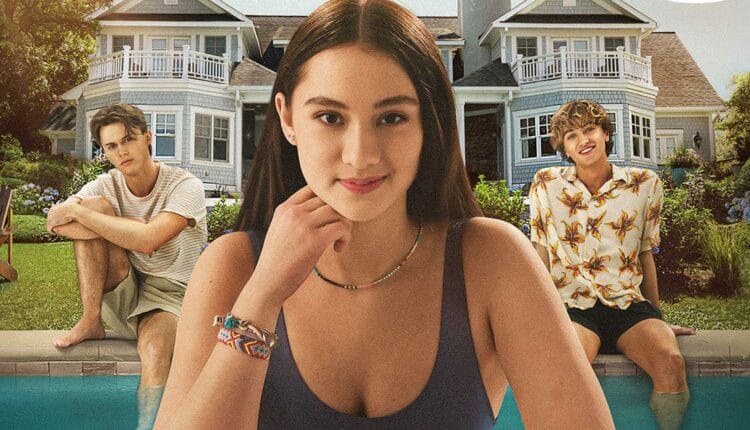 If you’re anything like us, you’ll enjoy a good teen romance TV show – especially when it’s set in a beautiful summer setting. Amazon Prime Video, as if by magic, fulfilled all of our wishes with The Summer I Turned Pretty, which debuted earlier this year in June.

The narrative revolved around Belly, a teen who finds herself in a love triangle with two brothers (and her two oldest pals), Conrad and Jeremiah. Jenny Han, the author and series creator, penned the trilogy that inspired the TV adaptation (who also wrote the To All The Boys books). We’re clearly invested, with supporters now pushing for a season two.

So far, here’s all we know about The Summer I Turned Pretty season 2…

Prime Video has not revealed a release date for The Summer I Turned Pretty season 2. However, with filming already begun, we anticipate that it will not be long until it is released. Like season 1, we believe Prime Video will attempt to broadcast season 2 in the summer, so a June/July 2023 release date is possible.

Prime Video has yet to say how many episodes they’ve bought for season 2, but there’s a fair possibility it’ll be the same as season 1, for a total of seven new episodes.

What Will Happen in Season 2 of the Summer I Turned Pretty?

Season 1 of The Summer I Turned Pretty was a pretty faithful representation of the entire first novel, so we’re guessing season 2 will be an adaptation of the second book: It’s Not Summer Without You. If that’s the case, we’re sorry to inform you that Susannah tragically dies in the second book, causing Conrad to grow distant from Belly and insist that she be with Jeremiah rather than him.

According to the book blurb for Its Not Summer Without You: “Belly used to count down the days until summer when she could return to Cousins Beach with Conrad and Jeremiah. However, not this year. Not until Susannah became ill again and Conrad lost interest. Everything that was great and good has crumbled, leaving Belly wishing summer had never arrived.”

Read More: A Romantic Film by Netflix “Your Place or Mine” Aired in Feb 2023

It continues: “But when Jeremiah phones to say Conrad has vanished, Belly knows what she needs to do to put things right. And it can only happen again, the three of them together, at the beach home, the way things used to be. If this is actually the last summer, it should end at Cousins Beach, where it all began.”

In other words, Belly and Jeremiah’s prospective relationship is far from done, and if season 2 stays true to the novel, there will be plenty more loss and grief in season 2.

Who Will Be Back for Season 2 of the Summer I Turned Pretty?

Lola Tung will officially return as Belly, as confirmed by Prime Video’s behind-the-scenes S2 photo, as will Christopher Briney and Gavin Casalegno as Conrad and Jeremiah.

Unfortunately, one character’s future is uncertain in The Summer I Turned Pretty, which is based on Jenny Han’s book trilogy. Between the first and second books, Susannah, played by Rachel Blanchard, dies. So, if S2 follows the trajectory of the novels, we might not see Rachel again.

Is There a Season 2 Trailer for the Summer I Turned Pretty?

Prime Video has not yet released any The Summer I Turned Pretty season 2 teasers or trailers, but we will keep you updated as soon as they do.

The Pain Hustlers: Will It Be Available on Netflix in 2023?