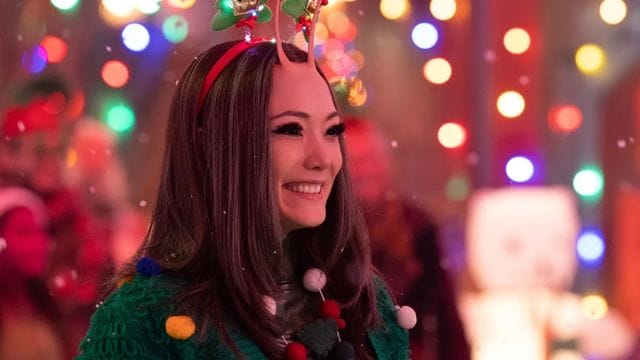 Marvel’s Phase Three concluded with one of the biggest films of all time, and the illustrious studio has chosen to conclude Phase Four with a 42-minute streaming spinoff that serves as a glorified DVD bonus feature at best, and at worst, the most arrogant flex against Martin Scorsese that the MCU could have ever thought of.

The Guardians of the Galaxy Holiday Special, which was first conceived by director James Gunn several years ago, was filmed under visible COVID limitations only in 2021, while the filmmaker was ending production on his third and final film in the GoTG trilogy.

Gunn has made some striking comparisons between the Guardians special and the infamous Star Wars Holiday Special from 1978, which remains one of the most infamous pop-culture artifacts ever created, even after all these years.

The Star Wars Holiday Special was laughed at so much when it first came out on TV that it was never shown again or put out on home video. The only copies that exist are illegal copies that were recorded by enterprising viewers during the show’s one and only airing and then put on the internet.

But Gunn’s tribute wasn’t just a nod to Chewbacca. Instead, he ended the Guardians of the Galaxy special with animated scenes that were meant to look like similar scenes in Star Wars. The filmmaker probably likes the Star Wars special for more than just its surface qualities; there’s probably a lot of nostalgia at work here.

As a child, it must have just been a new Star Wars story to enjoy over the holidays, not something to get upset about because it didn’t do justice to the original. Even though Gunn’s movie has some bad overlaps, it doesn’t hurt the main story or smells like a cash grab. On the contrary, it’s a great way to take a break from the bigger plots of the MCU.

The movie is mostly about Drax the Destroyer and Mantis, but Peter Quill, Nebula, Groot, and Rocket are also in it. After Kraglin tells the Guardians a story about how Yondu “ruined” Christmas when Peter was a child, Mantis and Drax decide to make things right by giving Peter a Christmas present that will hopefully fix his memories of the holiday.

Their selfless adventure takes them to Earth, where their mission is to find Peter’s favorite movie star Kevin Bacon, kidnap him, and bring him back to the planet Nowhere for Peter’s entertainment.

This is exactly the kind of well-meaning but wacky plan that Gunn is so good at coming up with. He combines the Guardians’ good intentions with their natural tendency to break the law.

The Guardians special is littered with popular Christmas-themed needle drops and begins and ends with musical performances by the Old 97s. The tone is upbeat, and a couple of spoilers moments near the end are particularly moving, especially if you’ve been following these characters for nearly a decade.