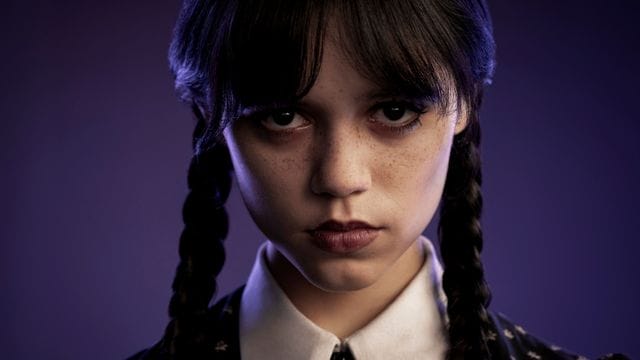 Jenna Ortega is currently the buzz of the town for her role as Wednesday Adams in the Netflix comedy series Wednesday, but her take on the character goes far deeper. According to Entertainment Online, she may not only be playing Wednesday Adams on Netflix; she may truly be the teenage goth legend in real life.

She explains in the piece that as a child, she would perform autopsies on little animal bodies she came upon. Jenna Ortega describes herself as a self-proclaimed freak who feels a true connection with Maddie Ziegler of Dance Moms owing to their own craziness.

She claims they became quick friends when they met because she has an odd habit of making expressions and breaking into character at random times. While the Scream actress admits her peculiarity stems from performing on-the-spot autopsies on little animals she found as a child, such as lizards.

The Wednesday star also admitted that her co-stars couldn’t escape her oddness, as Christina Ricci was also exposed to her personality quirks.

She explained on Jimmy Kimmel Live to promote the new series that she has a very dark sense of humor and would crack extremely dark jokes on set. Ricci, who played the young Wednesday in the 1990s, was apparently very sweet about the whole thing, remarking only that the jokes were dark; however, for Jenna Ortega, they were some of the most awkward moments of her career.

The actress who says she is weird got her start as a child when she played a younger version of Gina Rodriguez’s character Jane on Jane the Virgin. She also won an Image Award for playing Harley Diaz in the Stuck in the Middle series on the Disney Channel. That wasn’t the only thing she did on the Disney Channel, though. From 2016 to 2020, she also did the voice of Princess Isabel on Elena of Avalor.

Jenna Ortega made the transition from child to an adult actor in 2019 when she got the role of Ellie Alves on the second season of Netflix’s thriller series You.

She co-starred with Penn Badgley and Victoria Pedretti, whom she admired for their eloquence and talent. Her acting as the clever and interfering youngster who acts older than she is and gets in over her head was widely lauded in the series’ second season.

In recent years, she also played Phoebe in the Netflix horror movie The Babysitter: Killer Queen, Tara Carpenter in the sequel to Scream, and Vada in another Netflix movie, The Fallout.

With her recent roles in horror thrillers and her new role as Wednesday Addams in Netflix’s Wednesday, young actress Jenna Ortega could be on her way to joining the Scream Queen club. And because the actress used to like doing autopsies on small animals, she might be a good fit for the group.