Here is everything you need to know about That '90s Show Season 2. 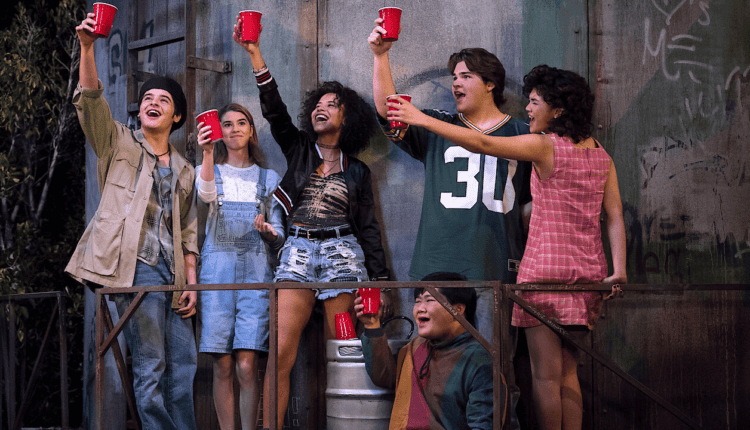 That ’90s Show, a revival of the famous sitcom That ’70s Show, has finally arrived on Netflix, hot on the heels of spin-offs 1923, Beyond Paradise, and Gen V.

Set in 1995, the new 10-part series follows Leia Forman (Callie Haverda), the daughter of Eric and Donna from the first series, as she spends the summer with her grandparents in Point Place. Leia is determined to live an exciting life and soon meets new acquaintances and falls in love with a lad named Jay, prompting cameo appearances from the original’s Ashton Kutcher and Mila Kunis as his parents.

The famous original series premiered in 1998 and was a great hit, launching the careers of Kutcher, Kunis, Laura Prepon, and others. So, keep reading to find out everything you need to know about Netflix’s That ’90s Show, including its premiere date, cast, and a new trailer.

As of yet, there has been no indication from Netflix that the series would be renewed for a second season. However, we should not give up hope because Netflix frequently waits to see how a show is received before announcing a renewal.

There is currently no release date for a second season of That ’90s Show because the show has not been renewed by Netflix.

While season two has not yet been confirmed, we can make educated guesses about what it might contain.

Warning: there will be spoilers! Season one ended with Leia and Nate having a moment in the kitchen and almost kissing when Gwen came in and interrupted them. Jay also apologized to Leia and offered her another chance to make their relationship work before returning to Chicago.

Season two might find Leia returning to Point Place for the holidays or the following summer to visit her grandparents and hang out with her friends. That season would then need to handle Leia’s feelings towards both Jay and Nate, as well as the potential consequences of pursuing a relationship with any of them.

We don’t know who will appear in the upcoming series of That ’90s Show because season two has yet to be confirmed. Callie Haverda is expected to reprise her role as Princess Leia, as well as the return of Ashley Aufderheide, Mace Coronel, Maxwell Acee Donovan, Reyn Doi, Sam Morelos, Debra Jo Rupp, and Kurtwood Smith.

We’d also like to see Topher Grace and Laura Prepon return as Leia’s parents, Eric and Donna, as well as Ashton Kutcher and Mila Kunis as Jay’s parents, Michael and Jackie.

Why Doesn’t Hyde Appear on That 90s Show?

But Steven Hyde, who played Danny Masterson in the original comedy, won’t be in any of the new episodes that take place 20 years after the first one.

This is because the actor has been in trouble with the law in real life. Masterson was charged with “forcefully raping three women in separate incidents between 2001 and 2003” in June 2020.

That ’90s Show on Netflix is a remake of the popular sitcom That ’70s Show. The 10-part series starts in 1995 and shows how Leia Forman (Callie Haverda) grows up in Point Place. The original series started in 1998 and was a hit, giving Kutcher, Kunis, and others their first big breaks. Callie Haverda is likely to play Princess Leia again. Danny Masterson, who was played by Steven Hyde in the first comedy, won’t be in any of the new episodes. Because he has actually been in trouble with the law.