Here is everything you need to know about Mariah Carey! 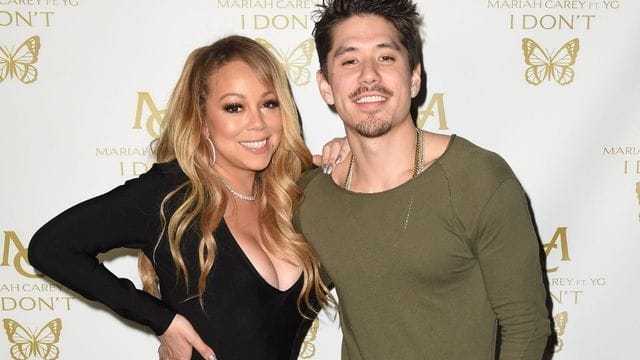 Whoever is handling Mariah Carey’s public relations is a genius. Kris Jenner, is this you? We couldn’t stop watching TikTok from Halloween through Christmas. The branding of the reigning Christmas Queen is flawless. Mariah Carey’s special: Merry Christmas to All! We also provide the ideal Christmas package.

All that remains is to find someone to spend it with! And it appears that Mariah has someone wonderful in her life. Who is the fortunate man chosen to be Mariah’s King? Let us investigate! Let’s start the article with the introduction of Mariah Carey exactly who is she?

Who is Mariah Carey?

Mariah Carey was born on March 27, 1970, in Huntington, New York. Her ancestors are Irish, Afro-Venezuelan, and African American. Her father changed his surname from Nunez to “Carey” when he arrived in New York. Her mother used to perform and train opera singers. When Mariah was three years old, her parents divorced.

Mariah began writing poems and her first songs while attending Harborfields High School in Greenlawn, New York. She has always been interested in the arts, particularly music. She graduated from high school in 1987. At Harborfields, Mariah made friends with Gavin Christopher and Ben Margulies, and the three rapidly began writing whole songs with lyrics and melody.

After graduation, Mariah, Gavin, and Ben continued to work together in New York City to create a full-length demo. Brenda K. Starr, a pop vocalist, eventually obtained the demo. Brenda continued to hand out the samples while accompanying Mariah to several corporate galas. During one such event, the demo cassette was delivered to Tommy Mottola, the head of Columbia Records.

Who is Mariah Carey Dating?

Mariah Carey has been dating her boyfriend, Bryan Tanaka, since 2016, when her engagement to tycoon James Packer ended. Bryan and Mariah first met in 2006, when he became her backup dancer. According to People, he has been appointed as her creative director.

Mariah and Bryan’s relationship was featured prominently in the docuseries Mariah’s World, and it’s possible that it was the catalyst for her breakup with James.

Despite the fact that the entire world was witnessing them kiss on TV, they first tried to keep their relationship hidden, but Mariah declared Bryan was her boyfriend in early 2017. Marian and Bryan’s relationship has been on-again, off-again, but generally on since then.

Bryan captioned an Instagram image for their 2021 anniversary, “Today is my favourite day. My love, happy anniversary! “with a heart and a butterfly emoji.

The Butler actress has been married three times. Here’s all we know about Mariah Carey’s dating history!

Tommy and Mariah dated at the beginning of the 1990s. Their age difference is significant 21 years to be exact. But do you worry about your age when you’re in love? They, too, did not. Mariah and Tommy were married in 1993. She was only 23 years old at the time. Some of Mariah’s admirers suspected that her marriage to the executive would be short-lived. It came to an end after five years.

When Mariah and Derek first started dating, it was in 1997. Despite the fact that things appeared to be serious at first, their relationship lasted a year. Mariah revealed that they were formerly romantically linked after they split for several years.

To be more specific, things between them began to turn passionate around 1998. However, they called it quits in 2001. It was more like a dream. Why did Mariah and Luis end their relationship? They split up due of their reported indiscretions and their hectic commitments.

Mariah Carey is said to have dated Eminem in 2001. However, when pressed, he stated that he did not like her as a person. There was no emotion from his end. Several speculations began to circulate regarding both of them having a physical relationship. Mariah, though, denied it.

Mariah Carey’s dating history also includes Christian Monzon, a model. Speaking of Christian, he is also an actor. Kill Speed, Three Rivers, Skin in the Game, The Deadliest Lesson, If I Had Known I Was A Genius, and others are among his acting credits.

How did Mariah and Christian’s relationship begin? They worked together on her song’s music video, Don’t Forget About Us. It was also relatively brief, lasting only from 2005 to 2006. Their connection did not appear to be serious, but more casual.

Mariah Carey and Nick Cannon were regarded as one of Hollywood’s hottest couples. They were married in 2008. In addition, they have two children, Moroccan and Monroe. But, after eight years, they decided to split up, and their divorce was formalized.

It was in 2015 that Mariah and James became romantically linked. They got engaged in January 2016. But after a few months, they called it quits. Why? Because they both believed it was a “mistake” on both of their parts. It was eventually revealed that her engagement ring cost more than $2.1 million.

Bryan and Mariah have been seeing, supporting, caring for, and loving each other for six years. They are all rolled into one! A formidable duo! Breakups can be painful at times. Bryan stood by her and assisted her in moving on from her ex-fiance.

Who knew that being a friend would lead to a romantic relationship? Bryan Tanaka, the background dancer, had known Mariah for a long time. We hope Bryan and Mariah’s relationship remains healthy in the future.

Zoo Season 4 is Canceled at CBS!! Is It Available on Netflix or CBS?