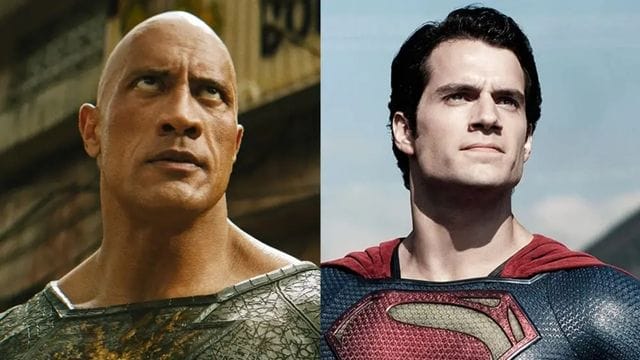 “Black Adam” has finally come in the DC Extended Universe, introducing moviegoers to Dwayne Johnson’s titular antihero, who is a tad more brutal than other costumed crusaders.

It’s fair to say that Black Adam intimidates the rest of the world with his unflinching ways, which is why Amanda Waller (Viola David) sends Superman (Henry Cavill) to confront him at the end of the film.

The scene is a likely crowd-pleaser since it confirms Cavill’s return as the Man of Steel after an extended hiatus and many of whispers about the actor’s impending departure from the cape and tights.

Even though it’s great for fans that Cavill is finally back, Johnson recently said on Twitter that the studio didn’t want him back “for no reason and no good reason.”

In a video on iTunes celebrating the success of the 2022 movie, the “Black Adam” star talked about bringing back Superman. He said that his team worked for a long time to bring back Henry Cavill as Superman.

He said, “Bringing Henry Cavill back was a plan that had been in the works for years, and we weren’t going to take no for an answer.”

Johnson went on to add that the DCEU couldn’t move forward without Cavill’s hero being involved in some form.

The actor continued: “There was no way, no rational way, to attempt to expand out the DC Universe without the most powerful force and greatest superhero of all time sitting on the sidelines. It’s not possible.”

Even though several actors have played the Kryptonian hero in live-action movies over the years, Johnson praised Cavill’s performance and said that fans have been wondering where he has been for the past few years.

He elaborated: “It all comes down to one question: ‘Where is Superman?’ You must include Superman in the mix. That’s why, Henry Cavill, we battled so hard to bring Superman back. And, by the way, there was no other Superman to bring back.”

Johnson also lauded the British actor, calling him “the greatest Superman of all time,” before declaring that Warner Bros. can “fully, tactically, and smartly expand out the DC Universe.”

The “Jumanji” and “Red Notice” star also hinted that the DCEU is going to change due to the studio’s recent shake-up, with James Gunn and Peter Safran in charge of the franchise’s future.

“Once again, the structure of power in the DC Universe has changed, and, of course, we now have new leadership at DC and Warner Bros,” he stated.