Who is the Voice Star Bryce Leatherwood Girlfriend? When Did Lexie and Bryce Meet?

Here is everything you need to know about Bryce Leatherwood's Girlfriend! 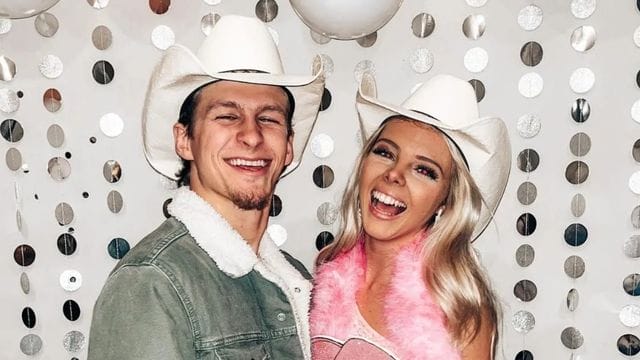 Bryce Leatherwood recently made headlines for making it to the quarterfinals of The Voice 2022. Everyone on the show is drawn to Bryce’s strong cowboy appeal. People want to know whether the handsome guy is single or dating someone.

We’re sorry to break the hearts of all his single girls’ fans, but the artist is not single and is dating a beautiful girl named Lexie Houston. Let’s learn more about the girl. Let’s start the article with the introduction of Bryce Leatherwood exactly who is he?

Who is Bryce Leatherwood?

Bryce Leatherwood is a singer and performer from the United States. He is best known for appearing in the 22nd season of the NBC singing reality show The Voice (America), which is judged by Camila Cabello, John Legend, Blake Shelton, and Gwen Stefani.

Hope McCallum Leatherwood is Bryce’s mother’s name. She works for an internet retailer. Bryce has one sibling, Lance Leatherwood.

Bryce was born on February 4, 2000, in Woodstock, Georgia, United States of America. Bryce is now 22 years old, according to his birth date. Bryce played a hit song “Goodbye Times” during the Blind Audition of The Voice (America) in 2022.

Who is Bryce Leatherwood Girlfriend?

Bryce Leatherwood is rumored to be in a relationship with Lexie. They both appeared on Bryce’s Instagram a few times. Take a look at this adorable one, Georgia. “She may have caught me drinking on the job, but she is still in the front row,” he joked.

Bryce praises God for his ability to sing and perform country music. “Livin’ the dream,” he adds, beside a shot of himself on stage with a microphone.

Who is Lexie Houston? 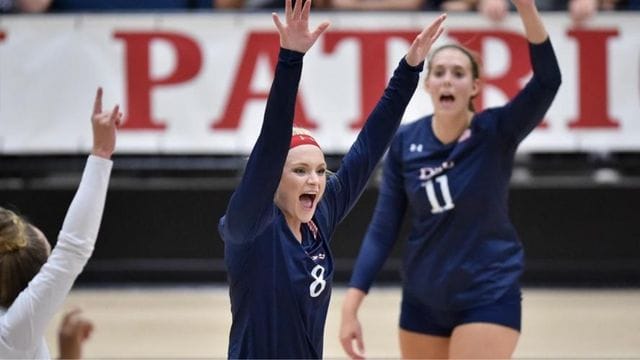 In 2019, she graduated from Oconee County High School in Watkinsville, Georgia. She was a member of the school’s tennis team in high school. Lexie went on to Georgia Southern University, where she earned a nursing degree. She also briefly played collegiate tennis at GSU. She was born in Athens, Georgia, but now resides in Statesboro, Georgia.

When Did Lexie And Bryce Meet?

Bryce and Lexie met after Bryce moved to Statesboro from his hometown of Woodstock, Georgia. Both attend Georgia Southern University, where Bryce is completing his undergraduate studies. According to Hollywood Life, Bryce gained valuable experience prior to The Voice by playing in his college’s bar scene.

Must Read: Who is Ines Rau Boyfriend? Why Did Ines Rau Become Transgender?

Bryce was ready to audition for The Voice in front of coaches Blake Shelton, Gwen Stefani, John Legend, and Camila Cabello after polishing his sound in the bars. During the show’s Blind Auditions, Bryce impressed both the audience and the mentors with his rendition of Conway Twitty’s “Goodbye Time.” 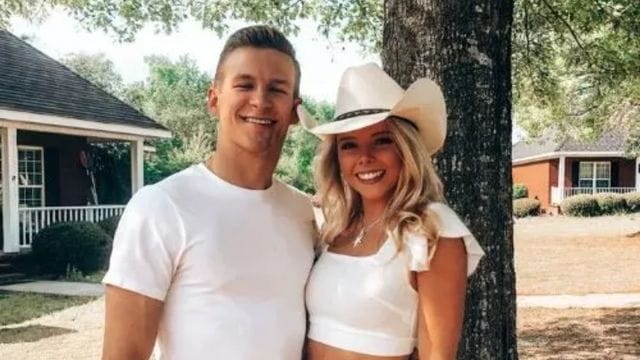 Blake instantly turned his chair after hearing the contestant’s wonderful voice, wanting to collaborate with Bryce. However, he had to battle for the crown with John, who informed Bryce that he heard “richness” in the young singer’s voice.

Finally, the Voice victor chose Blake, a fellow country singer, to get him to the finish line. Bryce explained to Hollywood Life why he considers the “Boys ‘Round Here” singer to be his mentor.

What is the Prize And How Does He Intend to Spend It?

Leatherwood, who wins The Voice and obtains a Universal Music Group record deal and a $100,000 grand prize, is still in the early stages of his own journey. Bryce previously told People magazine about his close friendship with country singer Blake Shelton.

Must Read: Who is Diddy the Rapper and Actor Dating? Explore Her Dating History!

Blake, he added, is a good educator and a fantastic friend, and he is clearly someone Leatherwood can empathize with in a variety of ways. Leatherwood also joked to one of the media sites that he will purchase himself a cowboy hat as one of the ways to spend the winning sum.

Bryce Leatherwood is an American singer and entertainer. In 2022, he reached the quarterfinals of The Voice (America). Bryce is said to be in a relationship with Lexie Houston, who he calls his “girlfriend”. She is a registered nurse who works for an online shop. Lexie, Bryce Leatherwood’s girlfriend, was born in Athens, Georgia, and currently resides in Statesboro, Georgia.

Bryce traveled to Statesboro from Woodstock, Georgia for college, where they met. Both are students at Georgia Southern University, where Bryce is studying nursing.

Where to Watch What is a Woman a Documentary Film? What is This Story About?