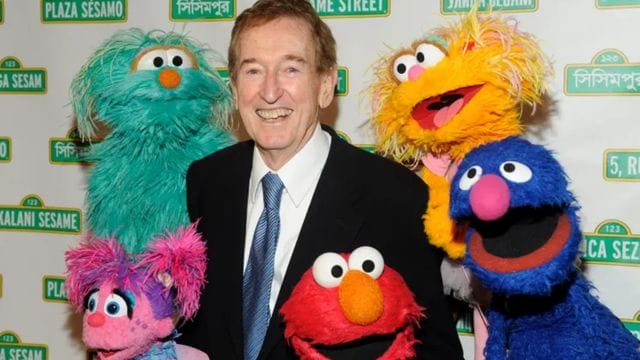 His family told us that Bob McGrath had died. His wife, Ann Logan Sperry, and their five children will miss him. Bob McGrath, an actor, musician, and children’s book author, died at 90. He is best known for playing one of the first regular characters on Sesame Street.

McGrath’s death was confirmed by his family, who wrote on his Facebook page on Sunday, “The McGrath family has some sad news to share. Today, our father, Bob McGrath, died. He died peacefully at home, with his family around him.”

Sesame Workshop tweeted Sunday night that it was sad about the death of Bob McGrath, who had been a beloved part of the Sesame Street family for over 50 years.

McGrath was one of the first people to work on Sesame Street when it started in 1969. He played Bob Johnson, a friendly neighbor. In 2017, it was his last time on the show. He had been a part of the Sesame Street world for almost 50 years.

Sesame Workshop mourns the passing of Bob McGrath, a beloved member of the Sesame Street family for over 50 years.

The actor was born in Illinois and went to college in Michigan and the Manhattan School of Music to study music. He also sang in the 1960s TV show “Sing Along with Mitch,” and he started a successful singing career in Japan.

Sesame Workshop said, “Bob was a respected performer worldwide, and his rich tenor voice filled radio waves and concert halls from Las Vegas to Saskatchewan to Tokyo many times over.”

“We will always be grateful for all the years he spent bringing his passion and creativity to Sesame Street, and we are grateful that he shared so much of his life with us.” His wife, Ann Logan Sperry, and their five children will miss him.

He was born in Ottawa, Illinois, on June 13, 1932. He was named after Robert Emmet, an Irish rebel. He used to sing for his family while his mother played the piano when he was a child. His mother put him in the Amateur Program at the Roxy Theater, where he came in second. He went to high school at Marquette.

McGrath worked with Mitch Miller, and from 1960 to 1964, he was the featured tenor on Miller’s NBC-TV sing-along show Sing Along with Mitch. He was one of the singers on Songs of the Pogo by Walt Kelly.

In the mid-1960s, McGrath became a well-known recording artist in Japan. He did Irish and other folk songs and ballads in Japanese and put them on a number of successful albums. When he went on the game shows, To Tell the Truth in 1966 and I’ve Got a Secret in 1967, this part of his job was his “secret.”