After Almost 20 Years of Marriage, Toni Collette and David Galafassi Are Getting a Divorce

In a joint statement posted on Collette's Instagram on Dec. 7, the "Pieces of Her" actor and musician said they were breaking up. 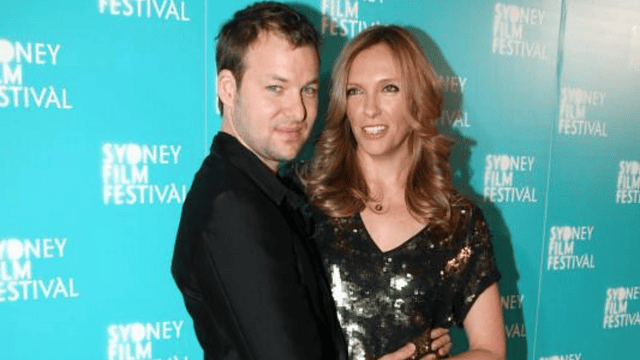 It is with grace and gratitude that we announce we are divorcing. We’re united in our decision and part with continuing respect and care for each other.

Collette and Galafassi have two kids together: Sage, who is 14, and Arlo, who is 11. In their statement, the ex-couple said, Our kids are of paramount importance to us and we will continue to thrive as a family, albeit in a different shape. We’re thankful for the space and love you grant us as we evolve and move through this transition peacefully. Big thanks. Toni Collette and David Galafassi

The announcement came after photos allegedly showing Galafassi in a relationship with another woman were made public. Before announcing their divorce, Collette and Galafassi did not say when they officially split up.

According to The Sydney Morning Herald, the actor and drummer met in 2002 at the album release party for Galafassi’s then-band Gelbison. They got married two hours south of Sydney, Australia, at sunset on January 11, 2003.

Her publicist told E! News at the time, “Toni Collette, her husband David Galafassi, and their daughter Sage Galafassi are excited and proud to announce the birth of their son, Arlo Robert Galafassi.” “He was born on Good Friday, so it really was the best Friday!”

In 2019, the actress from “Little Miss Sunshine” told The Sydney Morning Herald that she and Galafassi had moved permanently to Sydney, which feels like “home” to them.

“I’ve lived in so many different places, and my family and I are very flexible. When I’m working, we can set up a house anywhere. But you can’t fake that feeling of home, and when I get home to Sydney, I feel it very strongly. It was really all about being with our people, the people we love, and enjoying Sydney.”

Will Mythic Quest Season 4 Be Released or Not? Check the Renewal Status!