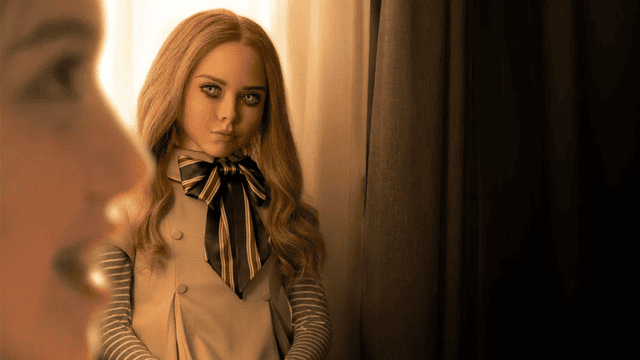 A new trailer for M3GAN has arrived, further cementing the realism of our viciously fashionable AI heroine: she’s a bitch, a lover, a child, and, most crucially, a mother. Now that audiences have seen M3GAN at her most fitted-out, dance-floor-ready finest, it’s time to take a deeper look into the numerous ways M3GAN will get her plastic hands dirty.

M3GAN is just as committed to protecting Cady (Violet McGraw) from harm in the new trailer for the Allison Williams-led horror film, published on Tuesday, but this time she has a few more tools up her sleeve. M3GAN girl bosses her way through life like a regular self-made billionaire, whether she’s speeding around in an orange sports car or setting her homicidal sights on Cady’s bully Dylan.

Obviously, what exactly is M3GAN (doll? human? dancer?) begins to cause a schism between orphan Cady and her aunt Gemma “You have no right to say that!” Cady becomes enraged when Gemma gently tells her that the AI is “not a person.”

M3GAN, the only person who dislikes this qualification more than Cady, makes it known to Gemma by threatening her in their dimly-lit living room while passionately playing the ivories of a never-before-seen piano. I’m afraid this is exactly what the film is intended to be!

If there’s one thing that the latest M3GAN trailer has taught us anything, it’s that you shouldn’t try to fix something that isn’t broken.

The release of M3GAN will take place in theatres on January 6, 2023, a fittingly tumultuous day. Regardless of who your best buddy is right now, you should probably let them know that a brunette with lifeless eyes will be taking their position in exactly one month’s time.

The Second Wife of Motown Superstar Marvin Gaye, Janis Hunter Gaye Has Died at the Age of 66!!!

After Almost 20 Years of Marriage, Toni Collette and David Galafassi Are Getting a Divorce